I am a huge fan of musicals and after hearing pretty good reviews I knew I had to go and watch The Greatest Showman. The story is inspired by P.T. Barnum and the stars from Barnum & Bailey’s Circus. The film briefly shows Barnum’s childhood (albeit in a slightly rushed fashion) as the son of a penniless tailor and follows on to showcase his career as a showman, philanthropist and entrepreneur. Whilst I was vaguely familiar with the work of P.T. Barnum (portrayed by Hugh Jackman), I went in with an open mind as I wasn’t too sure what to expect from this film. The first thing that drew me to The Greatest Showman was definitely the all-star cast including Hugh Jackman, Michelle Williams, Zendaya, Rebecca Ferguson, and Zac Efron. 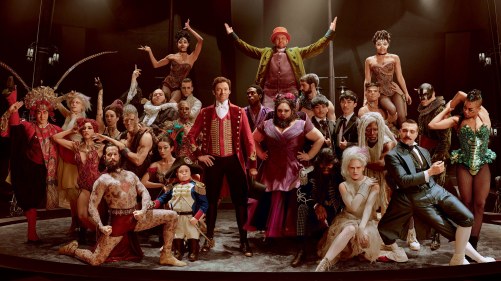 Barnum is a family man full of wondrous ideas in the hope that he can provide the life he promised to his wife, Charity (Michelle Williams). Barnum’s career begins with ghastly waxworks, stuffed animals and terrible actors paid to interact with customers (if there were any). The main thing that confused me during this film is how Barnum’s children did not age despite it being implied that years had passed since Barnum first started his museum. Anyway, after an unsuccessful opening weekend, Barnum comes to the realisation that we, as a curious species, would pay to see what is deemed out of the ordinary such as a bearded lady and dwarf riding a horse. We are introduced to the idea that diversity is something to be celebrated rather than condemned. The award-nominated song, This is Me is becoming a sort of anthem for those who feel misunderstood and outcast from mainstream society. This is still something that society struggles with so I enjoyed this subplot as it felt somewhat relatable.

After getting a taste of success and wealth, Barnum convinces Phillip Carlyle (Zac Efron) to become partners in an attempt to draw in a highbrow crowd, however, more and more people start to protest against the circus for exploiting the “freaks”. After continuing success, Barnum goes on to work with the Swedish-Nightingale – Jenny Lind (Rebecca Ferguson). I really enjoyed this subplot with Jenny Lind as I felt that showed how greed can often get the better of us. Lind’s character wows the audience with her beautiful song Never Enough which tells the tale of there will never be anything good enough, perfectly coinciding with the high point of Barnum’s greed. 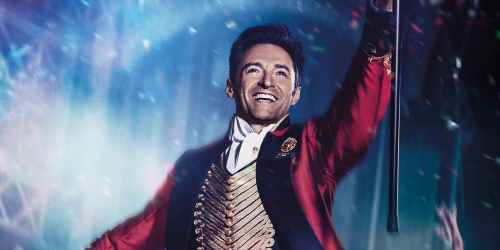 I decided not to listen to the soundtrack before watching the film as I didn’t want it to change how I experienced. I have to admit that I am not the biggest fan of Hugh Jackman’s singing and I felt exactly the same when I watched him in the 2012 film of Les Miserablés. I feel that his voice may not be the perfect match for the pop soundtrack. However, I still love the soundtrack and have listened to it pretty much every day since watching the film. The songs are so catchy that it’s almost annoying but I think they are well written and this has to be one of my favourite musical film soundtracks. At first, I wasn’t too sure about the genre as I felt it didn’t particularly match what the film was about, however, I felt that it worked well to little modernity and I just flipping love the songs, to be honest. My favourite song on the soundtrack is A Million Dreams, I just can’t stop singing it, if only I could sing well.

The Greatest Showman is a little cheesy and predictable but I have a lot of time of cheesy and predictable things. I mean, I still love to watch High School Musical so I think it was pretty obvious going in that I would enjoy this film. I would love to watch this film again as it’s a great feel-good film that could be enjoyed by all the family. If you love a good film with beautiful cinematography, musical numbers and wonderful dance routines then this could be the film for you.

27 thoughts on “The Greatest Showman Review”